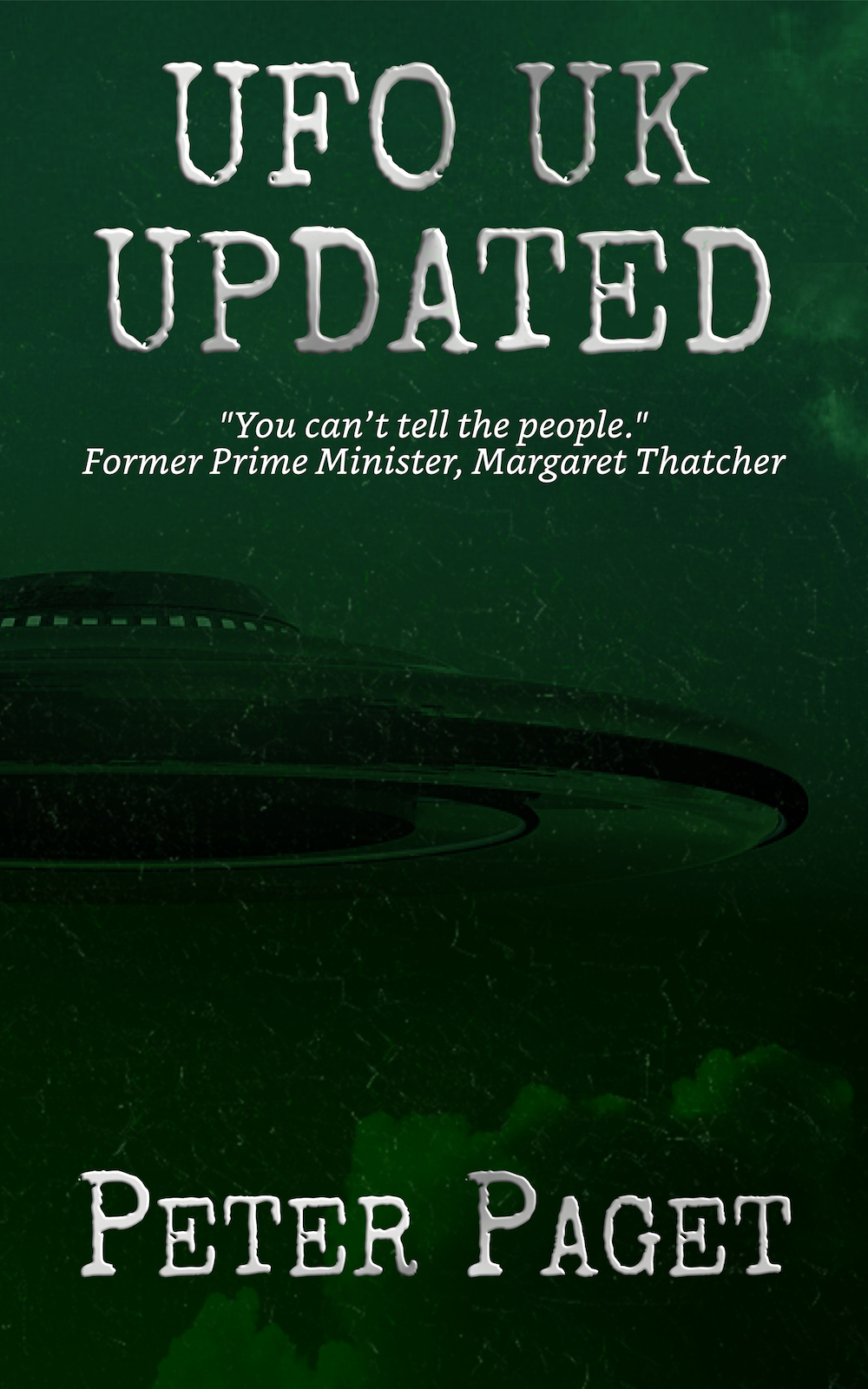 Peter Paget, grew up in a well-to-do family in post-war Britain. After inventing an oil-spillage defence system aged just 17, he was tapped by British Intelligence services to work undercover and “off the books” for HM Government, which he has spent most of his adult life doing, as detailed in his 2016 memoir, Secret Life of a Spook.

For some of these missions, Peter was assigned to investigate mysterious UFO sightings and alleged ‘contact’ between members of the public and beings from ‘other worlds’. As a keen student of the subject himself, it was the ideal tasking for Peter, who set about interviewing hundreds of people who had witnessed strange goings-on in the skies above Britain. Although often worried about being seen as “crack-pots”, they were keen to tell him their stories.

Their testimony makes up the backbone of this updated version of 1980’s UFO UK, the book Peter wrote as a result of his research. It’s now been updated 38 years later with information he has since gleaned and with dire warnings for the future of humanity. UFO UK Updated, is a riveting read, detailing the extraordinary experiences of pre-internet, regular folk across the UK, who faithfully reported their experiences. It complements Peter’s book, The Welsh Triangle Revisited, which focused on a series of UFO sightings in South Wales, also recently updated and republished.

The updated bok is now available as a paperback and a Kindle download!